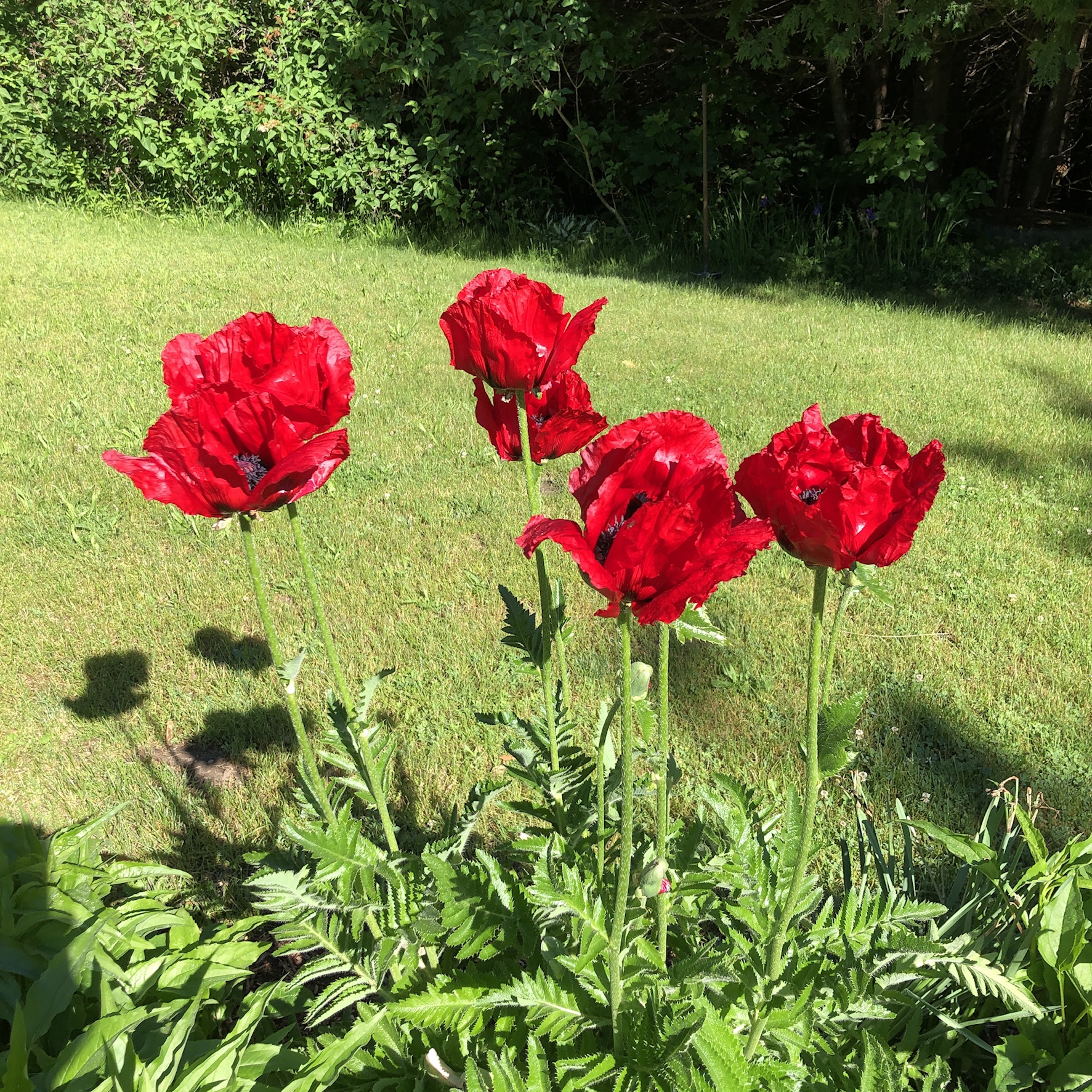 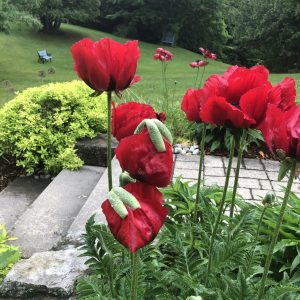 Growing up in Canada, I am at times struck by the wonderful privileges we had growing up in our beautiful country.

Remembrance Day is a chance for reflection, and I often wonder at the type of childhood my parents must have had growing up in occupied Holland during World War II.

For Dutch people, and those of Dutch heritage, Canada holds a very special place in our hearts.

I am so grateful that my parents made the decision in 1952 to immigrate to Canada. They embraced their new home and country with such enthusiasm, to the point, that it took quite a bit of effort for me to learn Dutch in our household. The emphasis was on becoming Canadian, and that meant speaking English. It was not till much later that I learned some rudimentary Dutch, which served me well when I visited Holland as an adult.

Whenever I visited Holland, family, friends and new acquaintances were always so quick to express their gratitude to the Canadians for their major contribution toward liberating the Dutch from the Nazis.

My heart never fails to fill with pride that I am also a Canadian, and I believe we must never as a country forget these soldiers for their sacrifices.

Every Remembrance Day, I make sure to pause at the 11th hour of that 11th day and 11th month, to remember these special individuals.

But do we in fact, acknowledge our brave soldiers that still serve today, in our peace keeping missions around the world?

Do we honour them enough when they have served our country, and then have tried to resume their lives as civilians? I fear not.

Do we provide them with the healthcare, financial and emotional support if they return home from war torn areas of the world, broken and hurt, physically and mentally? Once again, I fear not.

I ask this question, because of my father. He was born in 1926 and was a teenager during the German occupation. At the tender age of 16, he worked for the Dutch Underground, delivering messages, He was captured toward the end of the war and was sent to a concentration camp. He would never as long as he lived, tell us anything about it.

What I do know is that he suffered greatly psychologically and my mother told me he often woke in a cold sweat after having had horrific nightmares.

My father’s experience reinforced to me the psychological trauma that soldiers must experience.

I am so saddened when I read an article about the poor care our Canadian government provides our veterans. Here is a excerpt from a CBC News article which appeared on February 19th, 2018.

“The original “Veterans Charter” emerging from World War II was truly universal. Every veteran was offered assistance to re-establish life back at home, with programs offering farming equipment and animals, land, homes, education, financial assistance and priority job placements. By 1947, veterans’ benefits were twice the expenditures of national defence and 16 per cent of the federal budget. Canada invested 2.3 per cent of its entire GDP in assisting veterans. This investment in veterans, both economists and historians largely agree, contributed to Canada being one of the most successful post-war economies.”

Sadly, this is not the case today. Since that time, the appreciation for Canadian veterans has been in decline. There seems to be very little respect and regard for what it means to wear a military uniform and to defend the freedoms and rights most of us take for granted.

For me, a child of immigrants, who may not even have been born had the Canadians not been successful in liberating the Netherlands, I can not fathom the lack of respect and honour we give Veterans today.

This Remembrance Day let us remember all our Veterans, past and present, and ensure they are honoured every day with the respect and admiration they deserve.

If you agree with me, please tell your MPs that it is unacceptable to turn our backs on these brave men and women who have served our country with dignity and honour.

Let us in turn, honour them, not with platitudes and easy talk, but with sincerity and action 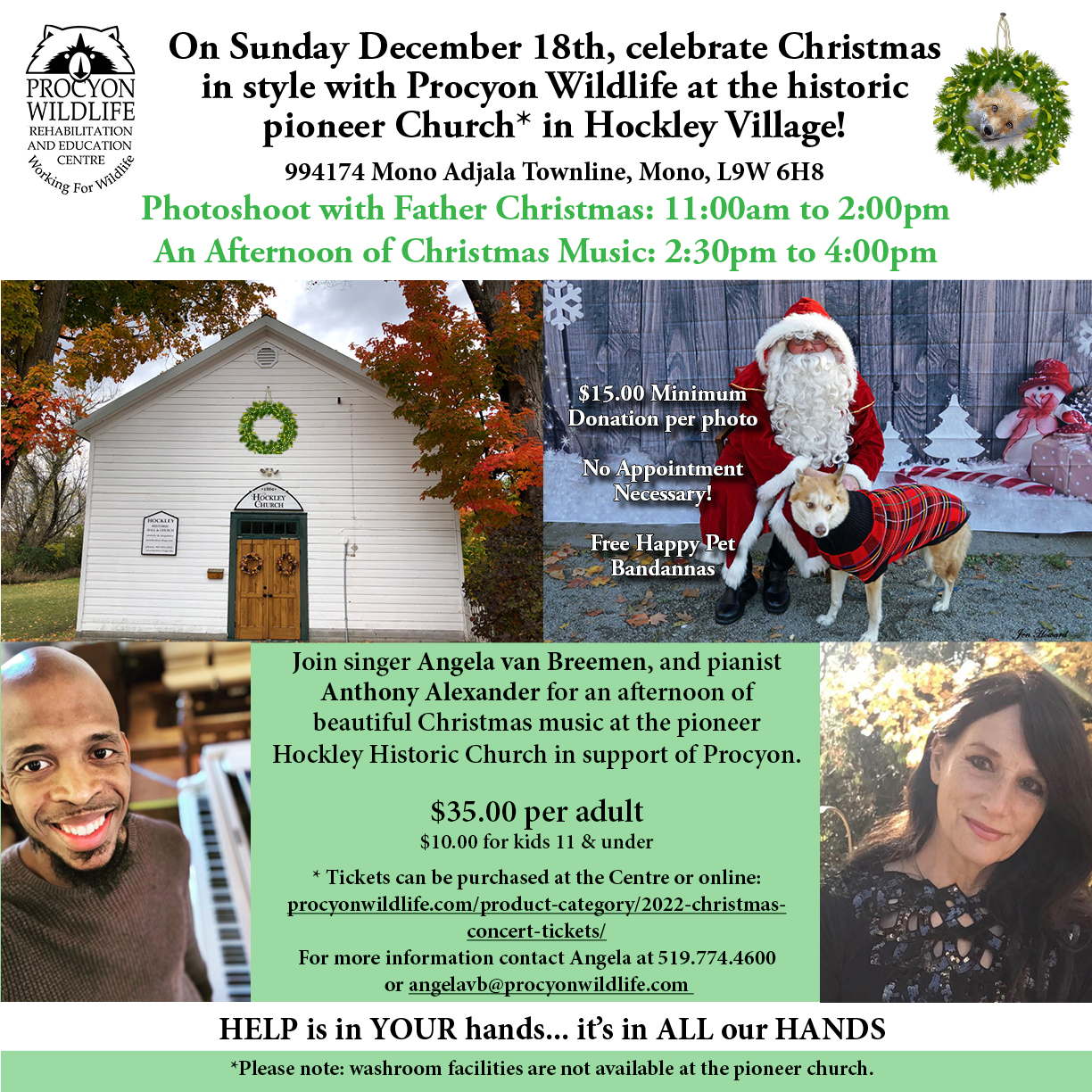 December 18th at the pioneer Hockley Historic Church in the charming village of Hockley in support of Procyon Wildlife.

Start out with a photoshoot with Father Christmas from 11:00am to 2:00 pm, then join singer Angela van Breemen, and pianist Anthony Alexander for an afternoon of beautiful Christmas music!

Tickets for the concert can be purchased online https://www.procyonwildlife.com/product-category/2022-christmas-concert-tickets/ or at the centre. 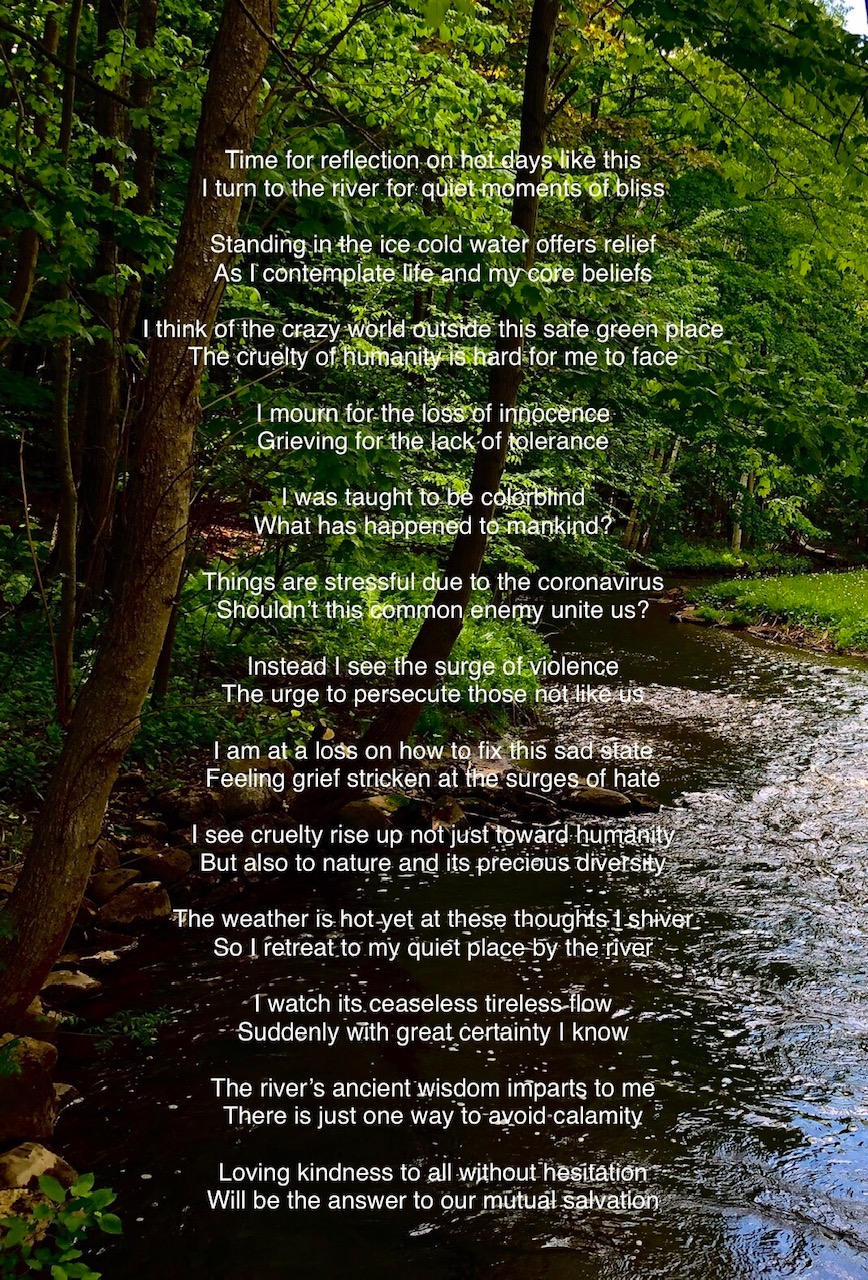 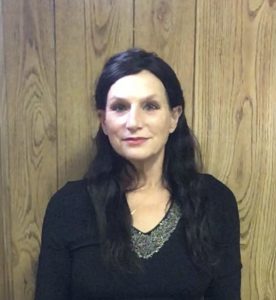 Without doubt, all our lives have been changed due to the pandemic, but although it is not possible to be with friends and family, or perform in public, I am striving to grow creatively by sharing my poetry and singing with others.

Summer has faded to a memory and transitioned into autumn. Soon, the days will be even shorter. During the cold winter days to come, I hope these videos and poems will bring solace and hope that brighter days will soon be here.

In the meanwhile, please remain safe. 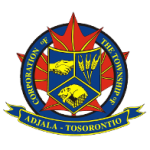 Unfortunately due to the COVID-19 pandemic, the Adj-Tos Canada Day celebrations have been canceled.

I am blessed to call Adj-Tos home and wish my fellow residents all the best during these difficult times.

For more more information about Adjala Tosorontio please visit their website at https://www.adjtos.ca

Singing is my passion 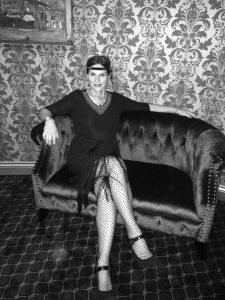 Singing has been a passion my entire life, however, it is only in the last five years that I have been able to pursue it more seriously. 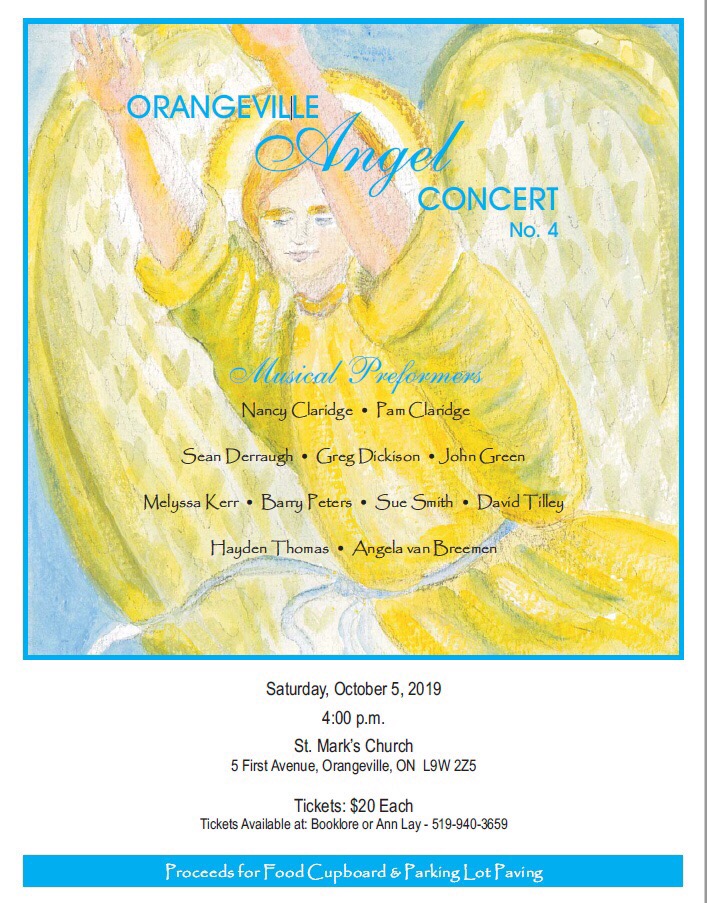 Thank you to Christ Church Bolton

I would like to thank all the people who helped make this concert a success. Father Don, Ruth, Pat, Helen and Charlene are just a few of the wonderful people from Christ  Church who were so kind and supportive.

Also many thanks to Directors Debra and Sarah from Procyon Wildlife for their encouragement and finally the folks who came out to attend the concert. Thank you to those who couldn’t come but made donations to Procyon. HELP is in YOUR hands! As a result of all this support, $1000.00 was raised to help wildlife in need.

The charity concert was held at Christ-Church in Bolton and tickets were $25 per person, with all proceeds going towards feeding many orphaned and injured wild baby animals Procyon Wildlife received earlier this year.

“We are not funded by the government and all our funding is done by us, we have no paid volunteers, so 100 per cent of what we raise goes back into animal care,” explained one of the board of directors, Debra Spilar.

This year was the first year for the charity concert and Spilar was surprised, but thrilled to see that the concert raised $1,000 dollars for the organization. 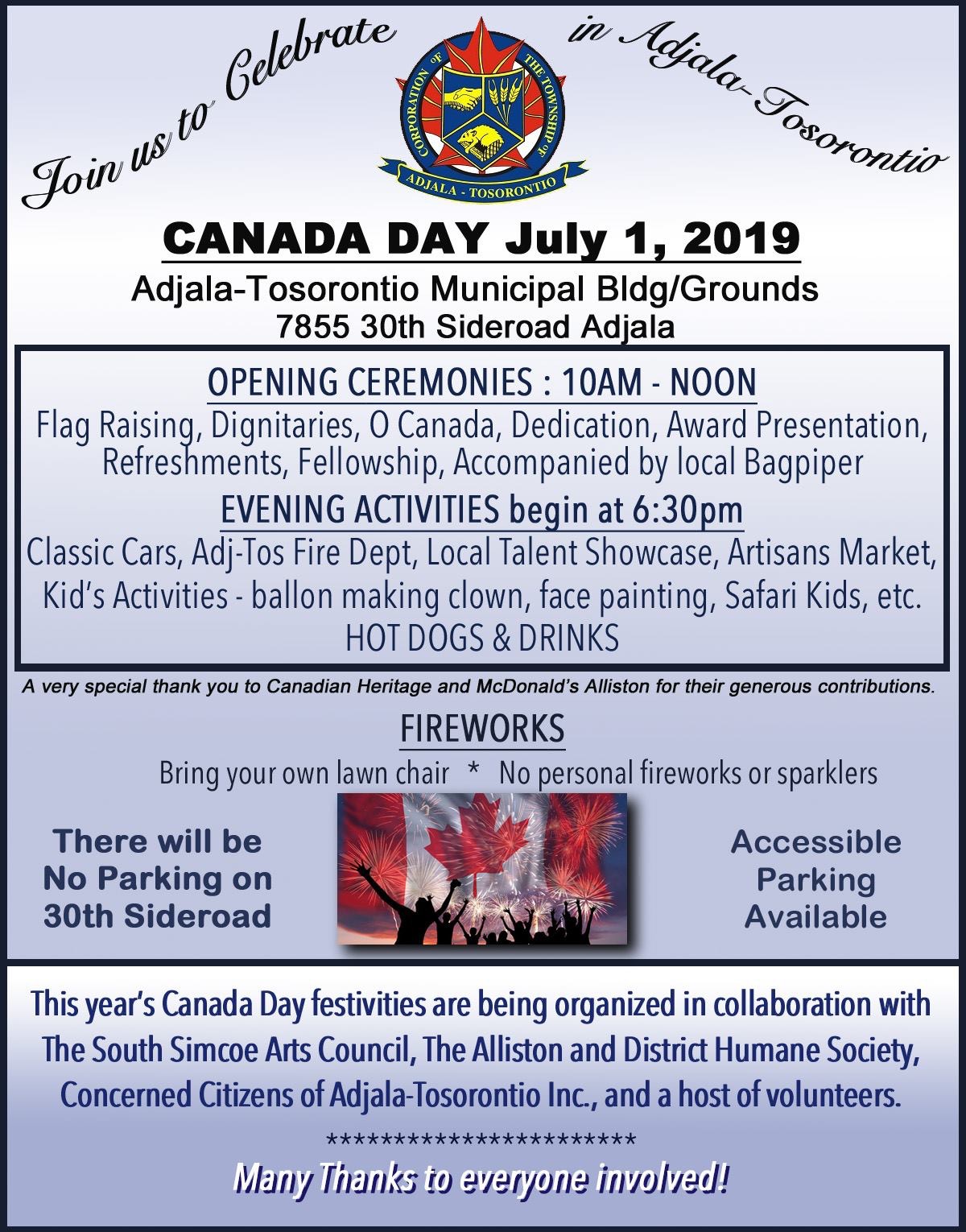 I am looking forward to being a part of the celebration of our beautiful country tomorrow! Come join us at the TOWNSHIP OF ADJALA-TOSORONTIO 7855 30th Sideroad, Alliston!

The evening activities begin at 6:30PM. There will be a classic car show, the Adj-Tos Fire Dept, local singers and performers, an artisans market and lots of kids’ activities.

I am honoured to be performing lovely ballads with Anthony Alexander on keyboard from 7:30pm to 8:00pm. Later in the evening, come join me to sing our National Anthem, just before the fireworks!

high above the tree tops

its heart would surely break

if its notes could not escape

lonely bird had no place to rest

yet Song still came from its breast

timid, it hoped, it dared to find

would respond in kind